O ur Sales & Marketing teams are fully dedicated to creating the most relevant identity for your brand, based on the understanding of the customers’ needs. Listening, sharing, brainstorming, tasting… together is the key to understanding your wine project.
For almost 20 years, our Sales team has been exploring the science of tailoring wines and crafting concepts throughout the world. From Europe, to China and the USA most of our Sales Force is native to the countries where we work. Based on benchmarks, wine styles or anything related to customers’ experience, culture, and preferences, we will find the best brand name and even build a brand story, giving authenticity to your wine.

Create a brand made for your market expectations

Build your own label

Every great dream begins with a dreamer! Always remember, you have the creativity within you. Our multi-talented team is here to help you reach your goal.

O ur Winemaking team is constantly transforming new wines, new blends… into great flavours suited to your customers taste. We offer a broad array of products, from regional blends, to varietals and premium wines, all coming from the South of France, from Gascony to the Rhone Valley. We only promote wines from France, through the Vin de France, IGP (Indication Géographique Protégée) and AOP (Appellation d’Origine Protégée) designations.

We adapt the winemaking process to make it as easy as possible for you. Our offices in Carcassonne have fully equipped tasting rooms where you can blend and create your wine. If you can’t make it here, our sales team are always happy to travel, or send samples of your product. By taking into account your needs, preferences, taste and culture, we will help you obtain the desired flavour profile and create the final product you dreamt of.

Having been raised in a winemaking family, he would tell you himself he has always smelt more Sauvignon than milk, a good reason to pursue his passion and build a career in the wine industry.

Having studied in prestigious schools of the Burgundy region and followed a specialisation in viticulture at Montpellier school of agronomic sciences, Xavier Roger dedicated time to gaining experience in the field. His winemaking experiences in and out of Europe, in countries such as the US, Germany, New Zealand and regions like the Sauternes and Languedoc, provided him with an international vision of how to make wine and opened his mind to the great changes going on in the wine industry.

Xavier Roger originally joined LGI to run the entire winemaking program and the relationships with the vine growers. He believes the Languedoc is the best region for a winemaker thanks to its large variety of grapes and greater freedom than more traditional regions.

As one of the first members of the team, Xavier Roger has a perfect knowledge of LGI’s business model that enables him to excel at his role as Managing Director. It was his experience and passion that inspired him to create the unique style of our wines, a major key to our success. Today, his enthusiasm for Languedoc wines stays unchanged and is a great asset he uses to drive his team to success and deliver the best possible products to his clients.

From Europe, to North America and Asia, we strive to anticipate the latest market trends to bring successful wines to our importers, wholesalers, retailers…

Frederic Garrabou was practically born between the vines. He comes from a small village perched among the vineyards of the Limoux area, where his family has grown vines for generations.

Thanks to a childhood spent helping in the vineyard, Frederic Garrabou developed a strong passion for cultivating vines and transforming their fruit into wine. Already off to a good start, he studied in some of France’s best wine producing regions and studied with some of the country’s best winemakers.

Eager to discover the world, Frederic Garrabou then travelled, making wine in various countries, acquiring unique experiences and know-how along the way. From Burgundy he moved to Australia, then New-Zealand before he ended his trip in California, having learnt from winemaking experts from three different cultures.

Now he is back in France, Frederic Garrabou runs his own vineyard in the Limoux area, one of the best production areas of the Languedoc. Here at LGI, Frederic Garrabou oversees sourcing wines and entertains a very close relationship with our local producers. His job, finding the best terroirs and wine producers in the region to provide top quality wines. He is driven by his passion and desire to promote the great potential of the Languedoc region, constantly offering our customers unique and exciting wines.

Marilyn Lasserre is LGI’s feminine touch. She studied wine at university for many years in Bordeaux and Toulouse and obtained an English degree from the Wine & Spirits education trust in London.

As soon as she had graduated, Marilyn Lasserre set off to acquire the best professional experience she could get. She moved to St Emilion, a historical winemaking area in Bordeaux, famous for its renowned and prestigious wines. After various winemaking experiences in Bordeaux and South West France, she set off to discover how wine was made abroad. She spent a lot of time in the Southern Hemisphere, making wine in South Africa, Spain and Australia before she moved to Virginia, in the USA.

These international experiences taught her the importance of crafting wines according to the customers’ needs, especially for export. She felt that French wines’ style had a great potential and wanted to offer wines that would be adapted to the needs of the export markets, while keeping the essence of traditional French wines.

Although she had to face the reluctance shown to women in this industry, Marilyn Lasserre participated in the renewed success of the Languedoc’s wines. Here at LGI, she proves that you can make great classical French wines while using the best of New World technologies, bringing a feminine approach to traditionally strong and full-bodied wines.

At LGI, Marilyn oversees the entire winemaking process as well as the quality of the final product. In constant collaboration with our many partner cellars, she controls and adapts the way we produce our wines. And of course, she wouldn’t settle for anything less than.

Philippe Lebrun graduated from a Winemaking and Oenology Certificate in Dijon, in the Burgundy region, one of the most famous winemaking areas of France. After graduating, he began his career in the Limoux area, in the heart of the Languedoc region.

Thanks to his professional experiences, in some of the best winemaking areas of Southern France, Philippe Lebrun is an expert in crafting wines that deliver the best of the Languedoc Roussillon’s potential. In addition, his capabilities allow him to work with any grape variety from the Languedoc, Gascony and Côtes-du-Rhône regions and turn them into top quality and great value wines that are full of the traditional aromas of Southern French wines.

Bringing his experience and know-how to LGI, Philippe Lebrun has succeeded in improving quality and taste through a more rigorous selection in the vineyards and perfect control of the winemaking process. On a quest for perfection, Philippe Lebrun and his team supervise the quality of the product throughout the entire production process, ensuring they deliver their customers with the best possible product.

I nspired by the taste and character of the wine, we can now work on the bottle and packaging. From a standard Burgundy or Bordeaux style bottle, to more uncommon shapes and colours, our product managers can help you find the perfect bottle, thanks to our large choice of international suppliers.
Based on the understanding of your needs, our in-house Graphic Design team will design labels that correspond to your required brand identity. They can also personalise the capsule, case etc.
A close partnership between our Marketing & Graphic Design teams also enables us to provide you with any Marketing tools related to your products.

Eric Roure, our Products Manager and Winemaker, is originally from Grasse, a small picturesque city of the French Riviera, by the Mediterranean coast. When he entered university, Eric moved to Nice and obtained a degree in cellular biology and animal physiology. Driven by his passion, he then studied oenology in Toulouse, France’s largest student city, in the heart of the Southern French winemaking area.
After graduation, Eric’s passion led him to Bordeaux, probably the country’s most famous winemaking city, where he worked as a winemaker at the Château Pape-Clément, a grand cru of the Pessac Léognan appellation. In 1992, he moved to Limoux to work for the Anne de Joyeuse Cooperative, before settling in Carcassonne, where he worked as a head winemaker, a cellar master and consulting oenologist in various domains and Cooperatives. From 1995, Eric worked for five years as a Head of Vinifications and Consulting Oenologist at a leading Cave Coopérative near Carcassonne, where he supervised the partnerships with local cellars.
For five years, Eric became close friends with his colleague Alain Grignon, whom, little did he know, would take his professional career to a whole new level. Ambitious and convinced that Languedoc wines could be adapted to export markets, Alain Grignon imagined a company that would produce wines entirely tailor made to the consumer’s requests. Of course, this innovative project would only succeed with a strict supervision of the wine and product sourcing, which is where Eric came in. Eager to join this dynamic project and create, from scratch, a business model unique to the area, Eric left his position and became, in 2000, one of LGI Wines’ first members.
Today, Eric is Head Products Manager, he is the main link between the company and its suppliers, particularly for dry goods. Thanks to his extensive knowledge, he ensures the quality and conformity of everything from the bottle to the box, enabling us to provide our customers with high quality, best value packaging that match all their requirements. 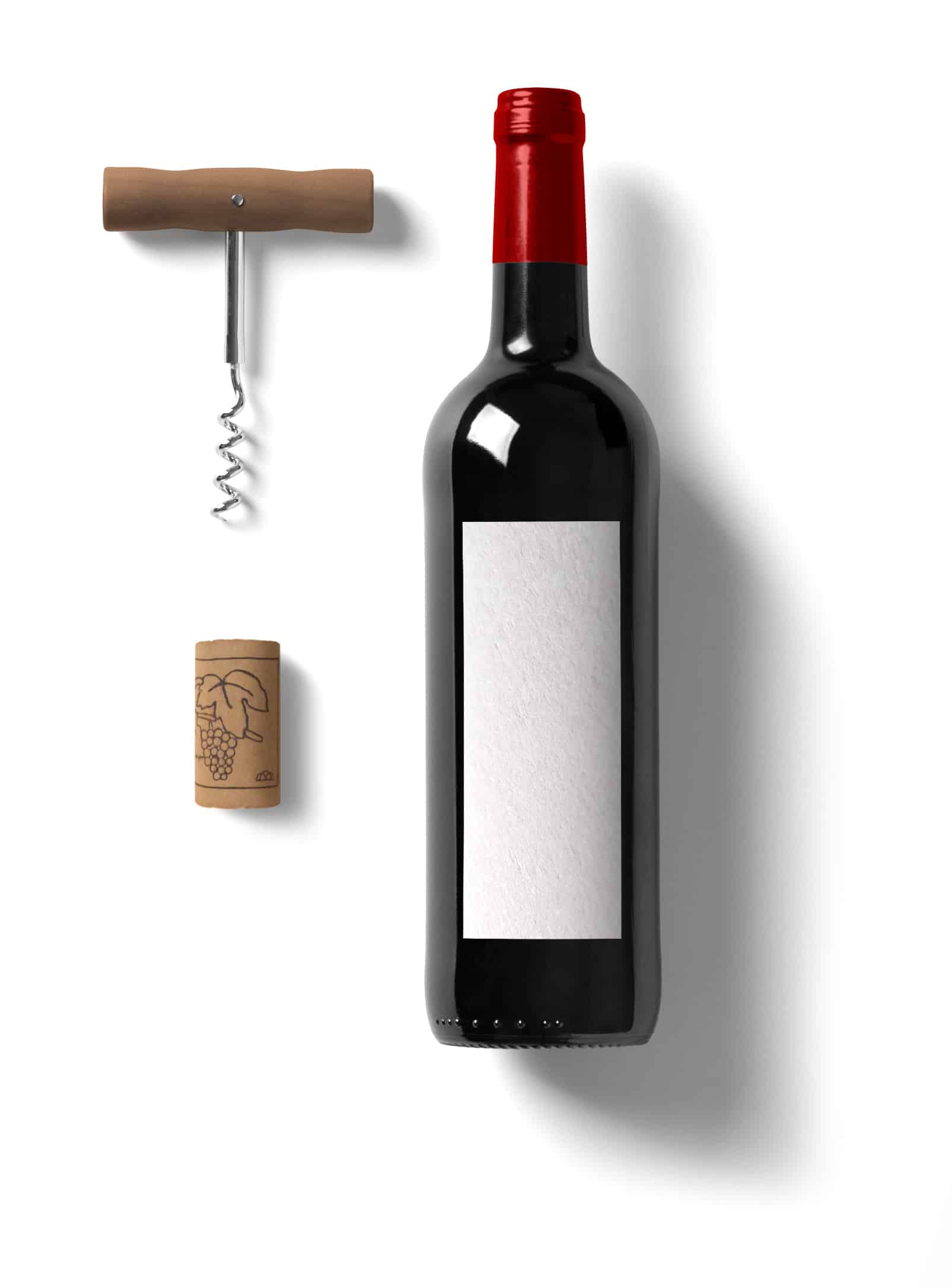 A quick preview of our production

DO YOU HAVE A PRODUCT IN MIND?